We are coming to the end of an unusual volleyball season, the team is looking to end on a high note this Friday as they face George Fox in Newberg. As the season is coming to an end we look back on how the volleyball season went.

Coach Kip Yoshimura is entering his ninth season as the head coach for the Pacific Boxers Volleyball. He had to learn quickly on how he was going to adapt to these new rules that were assigned by the Northwest Conference and the school.

“We were constantly adjusting since August with new rules and restrictions being thrown at us and there was just that constant unknown. But it was just a shame to see our freshmen and transfers go through this their first year here.” said Yoshimura.

The Northwest Conference made the decision to make it mandatory for all volleyball players to wear a mask during competitions. They were the only sport to be required to wear during games in the entire Northwest Conference. “It was definitely weird because we were the only indoor sport to be required to wear masks. But I would rather play with a mask than not play at all.” said Yoshimura.

Since it was such a short season for volleyball they found ways to honor the three seniors, Terina Defries, Nanea Lum, and Jordan Zweifel. During a home game they would choose a senior that night to honor.“The thing that I struggled with the most was not being able to have my parents at senior night.” said Zweifel

Another decision that was made by the Northwest Conference is that there were no spectators allowed at these competitions for all sports. “Usually our coaches have to speak louder for us to hear but this year it always felt like they were yelling because there was no background noise,” said Zweifel. She added, “fortunately volleyball players are usually pretty loud and cheer loud for each other so I never felt like we didn’t have support but it’s definitely not the same without having fans in the stands.”

The girls record this year so far is 5-2 with their only losses coming from a two game series with Lewis and Clark. Their final game is this Friday against the 5-3 George Fox Bruins, in their last meeting Pacific beat George Fox. But the Boxers didn’t have their full squad. Junior, Elika Unti, was injured last time these teams met but now she is healthy and ready to go.

“We are feeling good. It is a chance to finish strong, especially after how our last week of games went. We just need to play for each other rather than individuals, especially for the seniors since it will be their last time on the court,” said Zweifel.

The game is April 9th at 6:00 pm if you want to watch it make sure to go to goboxers.com and click the volleyball section and click watch to watch the game. — Rustin Williams 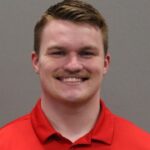 Rustin Williams is a Junior at Pacific majoring in journalism. He plays football and rugby here at Pacific. He also enjoys the outdoors and loves to go fishing a lot. 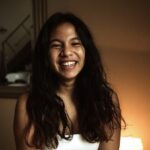