Freshmen returned to campus for an in-person orientation Aug. 26-30 after a year of online and hybrid learning. At the orientation, there were various required activities such as organized group meets, known as POD Time, meetings with academic advisors, presentations about expectations and resources, as well as more informational and getting-to-know-you events.

Emma Leslie, an incoming freshman, thought an in-person orientation was beneficial for students.

“With this past year being online, it’s been stressful and you haven’t gotten to see the campus,” Leslie said. “Personally, when I did my tour of the campus, I wasn’t allowed to go into any of the buildings, so having an in-person orientation was nice…”

With the abundance of various activities and events, lots of new people were coming together and meeting each other. For some students, this was a bit overwhelming.

“I’m not a very extroverted person, but I was really trying to put myself out there and it was very emotionally draining,” Leslie said. “I was meeting hundreds of people a day not remembering anyone’s name and it felt like they were very surface-level connections.”

With so much going on, some students struggled to finish unpacking before classes.

“There was a lot of stuff to do right before classes started and even throughout the first week of school, I’ve been slowly unpacking things,” said Freshman Brady Cassidy. “I still don’t feel completely settled in because I haven’t had a lot of downtime to do some necessary things.”

“I wish we had more free time during orientation because there was constantly stuff to do and I got overwhelmed by that,” Chapton said. “I also wanted to just have time to hang out with all the people I had met and I felt I didn’t have that time.”

Overall, the four-day event was received well by some, but others felt overwhelmed by the amount of structure and new faces they were being introduced to. Freshman Sydney Patton enjoyed how friendly and approachable a lot of people were and felt she was able to establish a good support system making the transition easier. Based on just four days, many incoming freshmen were able to meet the new people who would become their friends for the upcoming year. — Marisa Mendosa 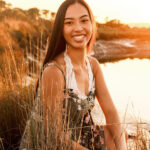 Marisa Mendosa is a freshman and writer for the Index. She worked for her high school newspaper for two years as the Art Director and is currently pursuing a graphic design degree. She is from Arcata, California, and loves dancing and nature.