For this week’s playlist, the Index staff revisit some classic cuts that take us right back to our childhood…

I think everyone I knew in elementary or middle school was obsessed with this song when it came out. It’s understandable though; I still catch myself singing it from time to time now, 12 years after its release. This iconic bop came out in 2009 when I was in 4th grade. I can still remember singing the chorus on the playground with my friends and humming along to it on the bus when it played on the radio. I mean, who doesn’t get childhood flashbacks when they hear, “Shawty’s like a melody in my head”? — Isabelle Williams

“You Don’t Know Me (ft. Regina Spektor)” by Ben Folds

Back in 2014, when I was 13, I added this song to my Spotify playlist and listened to it a billion times. During this time, I was also listening to songs like “Stay with Me” by Sam Smith, “Bad Day” by Daniel Powter, and “Just Give Me a Reason” by P!nk which are all kind of sad pop songs. “You Don’t Know Me” by Ben Folds ft. Regina Spektor was a song I bopped along to, memorized all of the lyrics, and skipped the cuss word whenever it played. I still know all of the lyrics and I stand by the fact that this song is catchy, a little bit emo, and a huge blast to the past. — Grace Alexandria

The Red Hot Chili Peppers are one of the most well-known alternative rock bands in the world with outstanding discography such as Stadium Arcadium and I’m With You. I remember when I was a kid, my dad showed me their lead singer, Anthony Kiedis, performing “Can’t Stop”, one of their biggest hits. My dad would always play their albums when I came home from school, went to practice, and he would have it playing in the background of our house. Out of all the songs by the Red Hot Chili Peppers, “Can’t Stop” by far is one of the most memorable songs I’ve ever listened to. It brings back good memories from when my dad and I would just sit and vibe, listening to them at home or in the car. We still listen to them today. The intro to the song is one of the best in music that I’ve ever heard. The guitar work is powerful, the ad-libs are super catchy, the bass and drums are incredible, the lyrics are well written and the vocals are superb. — Rush Williams

Photo by jonas mohamadi from Pexels 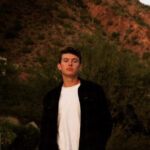