Editor’s Note: On the morning of March 3rd, Mike Smith announced via Twitter that he had resigned from his position as Sports Information Director at Pacific University. This is a developing story.

It has been over a year since we had a sporting event but now spring competitions have returned. Our sports information director, Mike Smith, has made it his top priority to make sure all sports get broadcasted online for everyone to see. The Northwest Conference made the decision earlier this year to ban all fans to all sporting events this spring.

“I want to make sure that parents get to see their kids play this spring since they are not allowing fans inside.” said Smith. It was a weird start last year for Smith since there were no fall or winter sports to cover, but now all sports will be competing this spring. Smith said it will be a chaotic spring with this new schedule but he is excited.

“Everybody is playing and that is the important part. We are just taking the news day by day week by week and just making sure we get to play these games.” said Smith

If it wasn’t for COVID, Smith would have been finding more new ways to enhance the game day experiences for the fans and the student athletes. He wants to bring more fan interactions to the games, on social media, and the live streams.

It has been a busy spring so far for Smith and it will only get busier with basketball and football on the horizon. But he said he is just taking this day by day and making sure everything is covered and will make sure to ask for help when needed.

“I got to cover the softball game earlier this week. It was the first time I covered any sport in over a year. It was refreshing to have a live game in front of my eyeballs.” said Smith

Smith is bringing exciting new features to live streaming for Pacific sports. He is bringing new features for the scoreboards and new graphics on the broadcasting to help keep score at home easier. Also he added that there will be announcers for most of the games this year. Smith said there will be in-player features with boxer alumni and he wants to start highlighting current athletes as well. He said you will be able to watch these games on the Boxer Sports Network.

You can find these games at goboxers.com and if you go to the minbar click Boxer Sports Network. You will find all the games that are being broadcasted. Also there will be links for these live streams on Boxer social media accounts in the future. — Rustin Williams 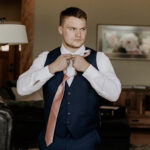