Recently, Washington County issued an announcement to reduce COVID risk levels. On its face, that may sound like a drastic change for Pacific, but according to the Dean of the College of Health Professions, Ann Barr-Gillespie, this isn’t as big a change as it seems.

She went on to state that changes in maximum occupancy and the amount of people for social gatherings are the only major ones according to the Oregon Risk Level Guidance Chart. In terms of reactions upon hearing what it means for Pacific students and professors was quite positive. One of these students with positive reactions to the changes was Jillian Lamb, a sophomore who majors in bioinformatics and mathematics.

“It’s better than what we had before. It’s good to go with slow, easy steps than to just jump right into everything. I think it is the right move,” said Lamb upon hearing about changes due to moving from extreme to moderate risk.

For professors, one of those who supports Washington County’s decision is professor of English, Darlene Pagan. While she mentions that she hasn’t seen differences in her life as a result of the risk level lowering, that didn’t detract away from her reaction to these changes.

“I’m comfortable with it, practically speaking. I don’t think it means a whole lot except for people who are interested in getting back,” said Pagan.

With these reactions to the small but gradual changes with Washington County’s announcement, one thing is certain. Hope towards returning back to normal is surging more with every passing month. — Kaleb Makimoto 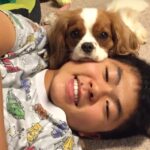 Kaleb Makimoto is a sophomore at Pacific University coming all the way from Maui, Hawaii. He majors in Creative Writing with a minor in Editing and Publishing and likes golf, gaming, and writing