Moodle, the campus learning software, has been glitchy since the term began. As many functions of the college went digital during COVID-19 pandemic, Pacific University staff, faculty, and students have experienced their fair share of technical hiccups; especially in the beginning of this semester. Pacific faculty and students specifically have encountered roadblocks when trying to access Moodle, problems which University Information Services (the central technology department for the university; UIS) and the Technology Helpdesk are trying to resolve as best as possible. Even as recently as the morning of Sept. 14, Moodle was down completely for a half hour.

The university prepared a few ways to help mitigate technical issues for this fall. UIS, which handles basically all of the technology for Pacific, expanded access to the internet on campus and reallocated certain services like Moodle to cloud-based servers to alleviate the strain on Pacific’s local infrastructure.

“We increased the bandwidth available to the university earlier this year,” said a network administrator on the Technology Operations Team within UIS, Scott Wiesenmeyer. “So, we’ve kind of given a larger pipe to the internet to, you know, get provisioned for more connections to the outside cloud hosted services.”

This was primarily because there are about 600 more students living on campus this term than the second half of spring semester, when most students moved out according to the Director of Housing and Dining Services, Lisa Aiello.

However, the problems that faculty and students have been experiencing with Moodle and Zoom are related to the companies that host the cloud-based servers.

Pacific has recently been in contact with Moonami, the company who hosts the University’s Moodle cloud server, to find out when the connectivity problems will be resolved. “They’ve been having some issues, just expanding to meet the increased use of Moodle,” said Technology Helpdesk Manager, Brian King. “They’ve got you know, thousands of educational customers and all those customers are seeing increased use of Moodle because of more and more classes going online, more activities being done online.”

“Even though they are in the cloud, which means infinitely scalable resources in the cloud, they still had to tweak their existing server load to actually take advantage of that,” said Chief Information Officer and head of UIS, Brandon Gatke. “Since we’ve now shown that well, you really need to scale this that I have a pretty high confidence that they’re going to fix it. But there always is the outside chance that there could still be hiccups, so I can’t say it’s going to be perfect.” — Sebastian Herr

Photo: Whenever Moodle goes down, you get a HTTP error like this (Sebastian Herr) 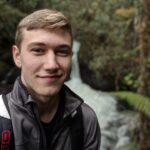 Sebastian is a journalism major and a political science and German double minor at Pacific University. He enjoys video games, movies, music, and riding his bike.