2020 has been quite an adventure; it almost seems like every week there is a new story to tell to add to the excitement of this year. Aside from the global pandemic that took over the world, multiple hurricanes and fires have added panic to the United States. There are more than 2,000 fires burning in California alone and more fires in Washington, Oregon, and Colorado, in addition to two category four hurricanes in two different regions of the US in a span of three months. This year at Pacific University, there are freshmen who are exploring their first year of college during all this chaos.

On July 20th, Hurricane Douglas made its way to Hawaii in the Pacific Ocean. As locals were trying to prepare, they ran into some obstacles while attempting to buy supplies that were important. Lovelyn Sistoso, a freshman at Pacific from Waialua, Hawaii was in her hometown when the news struck that the hurricane was on its way. “It was actually kind of hard to try and prepare ourselves because even with the whole quarantine, a lot of people already took so many supplies, and at the time that we wanted to get stuff, I think at Costco, they were already out of supplies, like water bottles were gone,” said Sistoso as her family tried to prepare.

Hawaii was not the only state that was affected by low supplies due to COVID-19. The Cameron Peak fire in Colorado spread over thousands of acres, forcing many to evacuate the area. The fire was originally started about a month prior, but has grown since. Roommates Chandler Fleming and Lauryn Rivale are two freshmen at Pacific from Colorado. Lauryn mentioned that she has friends and family that are “scavenging for supplies and trying to live off what they have,” because of the same obstacles Lovelyne’s family ran into in Hawaii. Like Oregon, Chandler’s home town has been greatly affected by the smoke coming from the fires, and Lauryn mentions how her loved ones who are diagnosed with asthma can’t venture outside because of the air quality.

All three students mentioned how the state of emergency in Oregon currently is affecting their lives. “I’m more panicked than I was back home,” states Sistoso, sharing that she has never experienced something like this before. She claims that she often thinks about the fact that she left her home in Hawaii that was in a hurricane just to live in a state in the middle of a wildfire frenzy. Both Rivale and Fleming explained how if Forest Grove were to be evacuated or sent home, they would just be going home to another fire. The first year of college can be full of different emotions and excitement, and this year is definitely no exception. These students’ first year of college is in the middle of a global pandemic and in the middle of wildfire and hurricane season. It is hard to imagine how difficult it must be settling into their new home in such a chaotic state of mind. — Ashley Meza

Photo: A torched car sits in the aftermath of the Alameda wildfire in Southern Oregon (Spencer Hills) 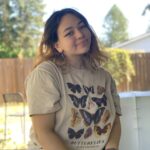 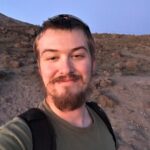 Spencer is an adventure seeking photographer with over 8 years of experience. He started to develop his photography in high school news and through two different trips with National Geographic Student Expeditions. If he is not on campus, he’s exploring the wonders of the world.