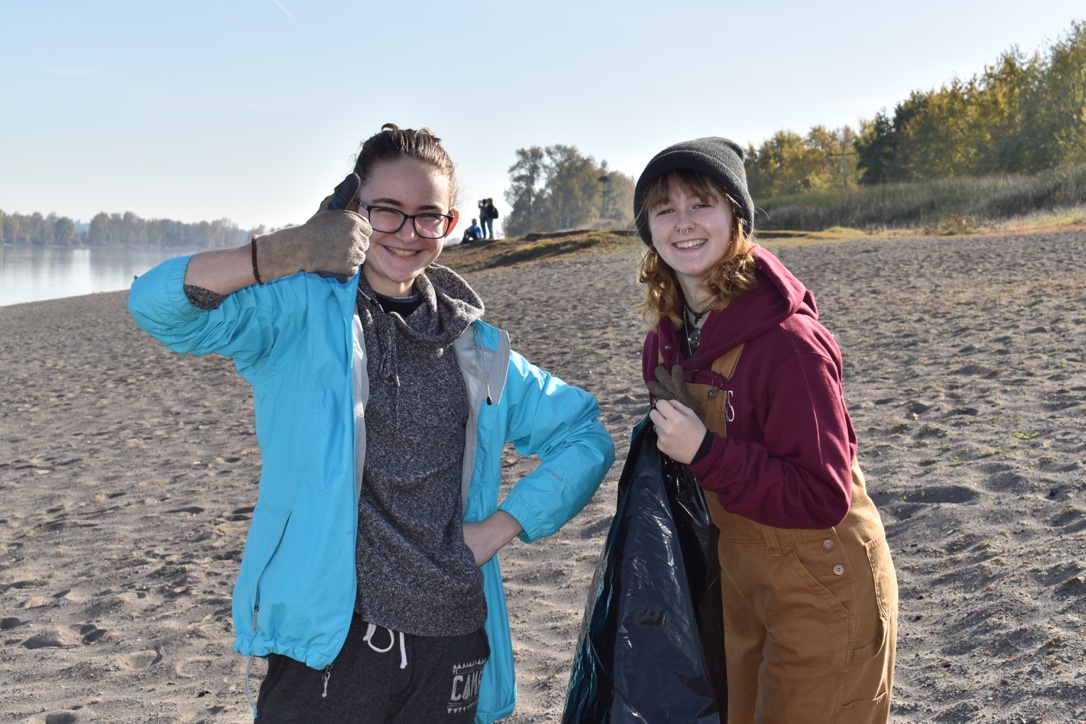 On Nov. 3, 2019 a group of students drove to Walton Beach on Sauvie Island for a beach cleanup. The cleanup organizers partnered with SOLVE, an organization that picks up trash, pulls invasive weeds and plants trees to care for Oregon’s environment.

The purpose of the project was to clean up any litter that had been left behind from the summer or from any of the fall festivities that occur on the island.

“SOLVE was a wonderful organizational medium,” said senior Alex Foley, a student who attended the cleanup. “They helped us waive parking permits and work with park rangers.”

Over the course of a couple hours, the better part of two trash bags were filled with waste that was collected along the beach. “The trash was very small, so despite the huge footprint we cleaned, the impact is a little tough to visualize,” commented Foley.

Sophomore Abby Ryan, one of the students who attended the cleanup, enjoyed the experience. “Though it was physically exhausting scrambling around the beach for a couple hours, it was a beautiful day,” she said. “We had the opportunity to make the beach more beautiful too which was really rewarding.”

Since most of the trash was small, like cigarette butts and bottle caps, it was disposed of normally instead of being donated to Emily Miller’s “Ghost Net Landscape,” an exhibit that ran at Pacific’s Kathrin Cawein Gallery through Oct. 31. Had the group found any plastic marine debris, such as nets or rope, it would have been donated to the exhibition for artistic creation.

“The largest thing that we found was a styrofoam cooler,” said Ryan. “It was clear someone left the cooler on the beach at some point, and it had broken apart into a couple big pieces and a thousand little ones.”

According to Foley, the most notable thing from the beach cleanup were “the interested passersby” on the beach. “A lot of folks were interested in our work and wanted to know how to get involved in future cleanups, which was super inspiring,” he added.