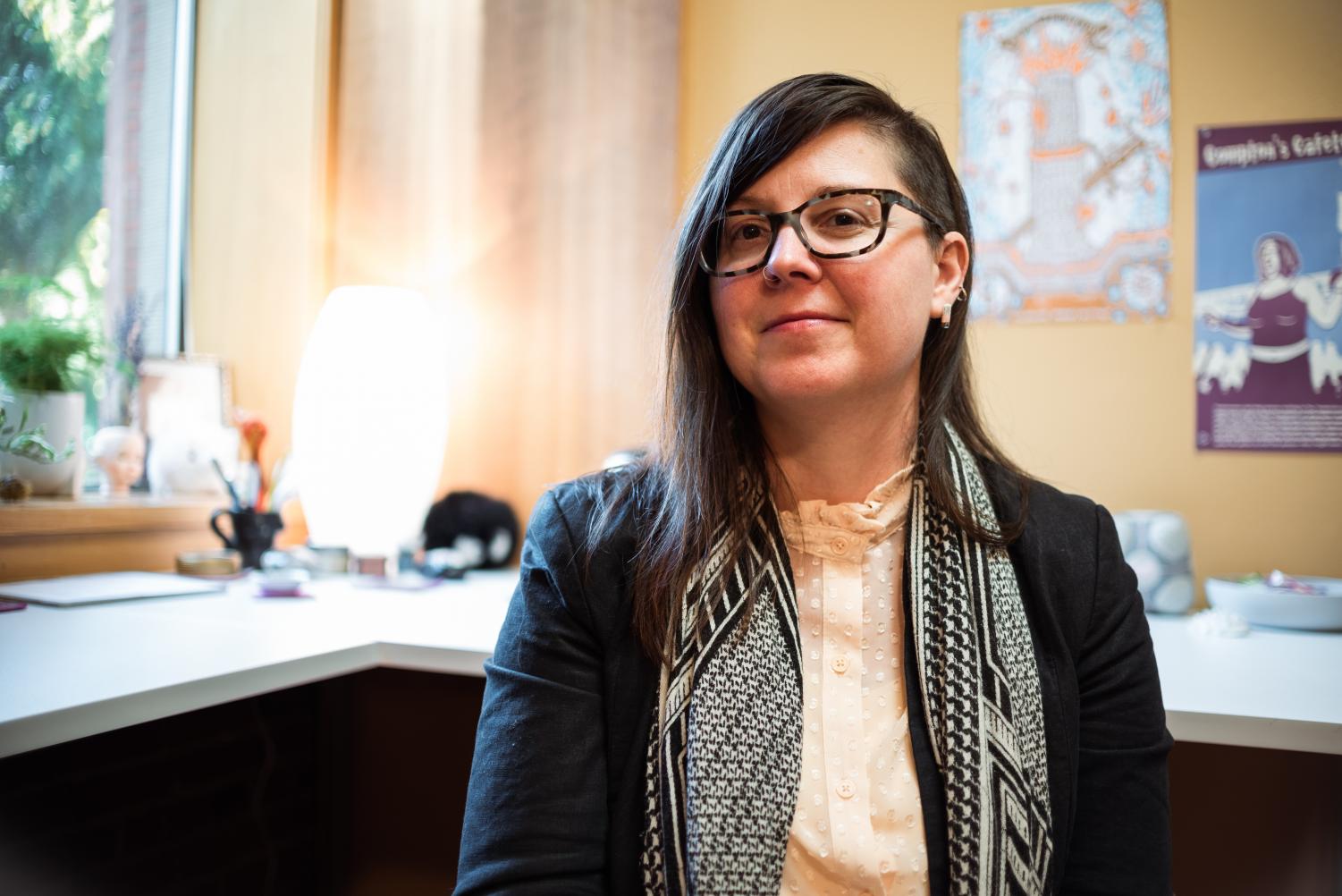 This fall, Chicago, Ill. native Wodda joined the university as a new assistant professor in the Criminal Justice department. Attracted to the smaller community Portland offers, in addition to the areas expansive natural backdrop, Wodda travelled to the Pacific Northwest after living in big cities as both a student and teacher.

“My PhD is in Criminology Law & Justice — quite different from my MA in English Literature — but they’re actually tied together, because the reason I got into the PhD program was I was completing my earlier thesis on Sherlock Holmes and the rise of criminology,” Wodda explained.

Looking at the study from a fictional standpoint, Wodda says she made fantastic connections through a one-off class and was convinced to get her higher degree in the latter study. “It’s turned out to be one of the best decisions I’ve ever made,” she said.

The new professor spent her dissertation focusing on gender and sexuality, specifically looking into a workplace discrimination court case from 1983 with an airline pilot who had been fired from her job — Ulane v. Eastern Airlines.

With an itch to learn more, Wodda was shocked to discover all of the documents surrounding the case were stored just three minutes from her first high school job at a movie theater on the Southside of Chicago.

Crafting the complex narrative of the case not only enabled the criminologist to complete her program, but has inspired much of her work and greatly contributed to her understanding of current, incredibly monumental LGBTQ+ court cases being heard.

Wodda says that although she didn’t always know she wanted to be a criminologist, she’s always been interested in why people would harm others — to understand the great question of ‘Why would someone do that?”

“What I came to understand is that those sensational crimes I was really fascinated by happen very infrequently and we just hear about them a lot, but the reasons most people commit crimes are due to things like inequality and poverty,” Wodda said. “So it really shifted my frame, but then it became even more of an interesting topic to me.”

And, with the assistance and constant inspiration of her sister, a third-grade teacher, Wodda says she’s learning every day how to be a better instructor and engage her classes.

Passionate about sharing her knowledge and digging deeper into these questions with others, Wodda now teaches Law & Society, a major-required practicum course and oversees capstone projects at Pacific.

However, she says most looking forward to teaching special interest classes after she gets a better handle on what Pacific students want to learn about.

Specifically, Wodda says in the spring her new Law & Technology course is based on an article she read about in which a judge was challenged with having to interpret “a text that was only emojis” as part of a court case.

Other special interest classes she’s looking into for the future include focuses on animal criminology, green criminology — centered around environmental issues and their societal impacts — and LGBTQ+ studies.

“I consider myself a queer and feminist criminologist and, with student interest, I think a class that looks into those studies would be really fascinating and totally in my wheelhouse,” Wodda said with enthusiasm.

Although, she admits she’s had to step back from technology at times because keeping up with so many social justice issues at once can often cause burnout. But, she’s still very in touch with the anti-LGBTQ sentiment and law rampant in the country because of how much they affect her family members and friends.

During her down time, away from her research and teaching lessons, Wodda indulges in guilty pleasures like everyone else. “Right now my biggest gripe is that the Great British Baking Show is now only released once a week so I can’t watch all of them at once,” she said with a laugh.

Wodda’s happiness is found both in her work as well as curled up at home with her cat Faye Valentine, inspired by the show Cowboy Bebop, reading mystery novels and sometimes enjoying a slice of pizza — with pineapple and habanero sauce of course.