“I crawled out of bed to be with you Spartans,” said actor Ed Asner to his audience in the Tom Miles Theater Monday afternoon. Imitating his often-curmudgeonly roles, he sardonically added that it was the “biggest mistake I’ve ever made.”

Asner, who had just come to Pacific on Sunday to perform his one-man show, “Ed Asner as FDR,” had stayed an extra day in order to hold a question and answer session with members of the Pacific community who didn’t have the opportunity to see the performance.

Having originally broken into the spotlight for his character Lou Grant on “The Mary Tyler Moore Show,” he has come to be known to modern audiences for playing Santa Claus in the 2003 movie “Elf,” as well as voicing Carl 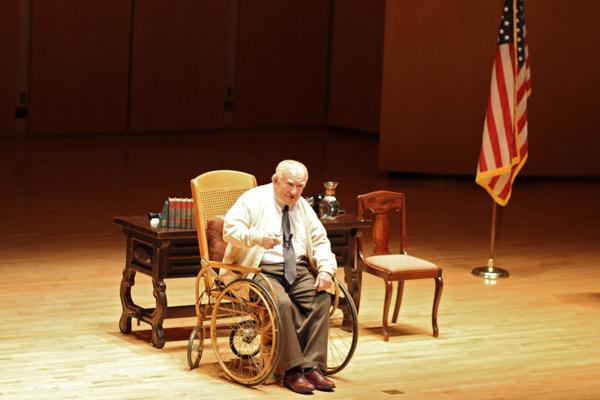